The Sketches Behind The Photos

It’s always the way… I’ll be daydreaming the hours away, it’ll be raining or cloudy outside and I’ll suddenly have a flood of inspiration and ideas for photos that I just can’t shoot at that time, whether it’s because it actually IS cloudy and rainy or because it’s 3am and I don’t have my camera with me… I still need to do something about it.
Sometimes I’ll wake up from a dream in the morning about a fantastic photo shoot my brain had created while I was asleep and sometimes I’ll have nothing better to do than to scribble a sketch here or there. This is why, if I can’t always carry my camera, I make sure to always carry my storyboard notebook with me! It’s not only handy to record all the ideas I have but it’s also handy to refer to it on shoots!
When I shot a wedding in Paris last year I decided to get an early night before the big day, so I tucked myself in, turned off the boring French television show I was staring at and closed my eyes. I don’t think I was down more than a minute before my brain started working overtime with all these ideas that were coming to me. I didn’t end up having that early night, but I did come up with some things that I either put into place directly the next day, or morphed into something else. I have no doubt that if I hadn’t have listened to the inspiration and done something with it, I would have lost it by morning and not gotten all the shots I did.
Obviously, the sketches are not mini masterpieces, but they do help, even if they’re simple line drawing with minimal detail! Sometimes they’re more elaborate and sometimes they’re simple scribbles. I find that if I record what I think, then I end up recreating most of it during shoots and sometimes even get other ideas while actually setting up a shot I’ve drawn earlier. I’m sure I’m not the only photographer out there to do this and I wonder… how many of you awesome readers do something similar? 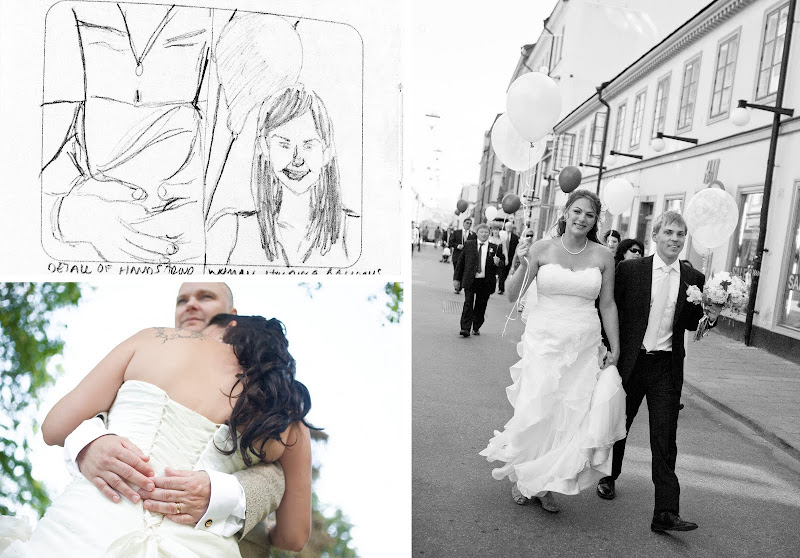 Bröllopsfotograf Stockholm Sweden. Destination Wedding Photographer. All images on this site are the copyright of Cherrie Coutts. The sale of any images is restricted to private use and cannot be copied, printed, published or distributed commercially without written permission from Cherrie Coutts. Site designed by Cherrie Coutts. Please do not take any images without permission, it's mean.|ProPhoto Website