There has been a lot of talk, lately about Pinterest and whether or not its users are engaging in illegal copyright activity. I joined pinterest a while ago now, but had resisted adding another social network platform to the one’s I already find it hard to keep up with. Facebook, Google+, blogging, Twitter… did I really need something else to try and keep track of?
After much thought I ended up signing on and started creating inspiration boards, which was great because I’d always kept them, whether it be through sketching, ripping pages from magazines or bookmarking blogs I liked… pinning on Pinterest was like virtually ripping pages from magazines and much easier to keep track of than bookmarking tens of blogs!
I have to admit, I really like Pinterest, and whilst it will never replace me rummaging through the magazine shop or book stores (in the same way having a kindle will never stop me from buying actual books), and while I haven’t yet decided to delete any of my boards out of fear of being prosecuted… it does cross my mind. However, I am not claiming any of the images I pin are mine (apart from the one’s that actually are), nor am I making money from pinning them. I don’t have a link on my website or blog to visit my Pinterest profile and most of the things I pin are simply for my own use… to look at and admire and hopefully inspire me. So… really… it’s not that much different to having scrapbooks of images that I’ve created for the same purpose.
However, I guess I do keep asking myself if my pure motives are also the same as everyone else’s. Just because I am not claiming the images I pin as my own doesn’t mean other people aren’t. I can’t understand why anyone would have the need to do this in the first place, and I know it happens often that photographers and artists find their images being used by others all the time. So, should I be worried that someone will re-pin me? The short answer is yes. But the more thought out answer is not really… I’m not sure what I would actually do if I found my images being used by someone else. I guess my first reaction would be shock. Then maybe I would feel quite flattered. But even if this happened, I can prove the images are mine and they probably wouldn’t fit with someone else’s images, anyway… I mean, unless they stole ALL of my images… then I’d be rather gobsmacked and probably consider legal action.
In the end, though.. until Pinterest and its users are proven to actually be partaking in illegal activities, I don’t think I’ll be deleting any boards, and now that users can see where the pinned image originally came from I’m not so sure it’s a huge problem.
With that said, I still buy magazines and books and I still rip pages out and create scrapbooks of things that inspire me. I have shelves of books and tonnes of magazines. I like having hard copies of things, it feels more real that I can touch it. There’s nothing like taking a trip to the bookstore of magazine stand and just flipping through until something strikes me… Pinterest could never replace that, just like Amazon could never replace going to an actual bookstore. Both have their benefits and I enjoy both.
If I have re-pinned you, then please feel honoured that I love your work and that it is inspiring me to be better. If, though, you feel insulted that I have re-pinned you, then please let me know so I can respect your wishes and delete it. I hope, though, that you see pinning the same way I do. 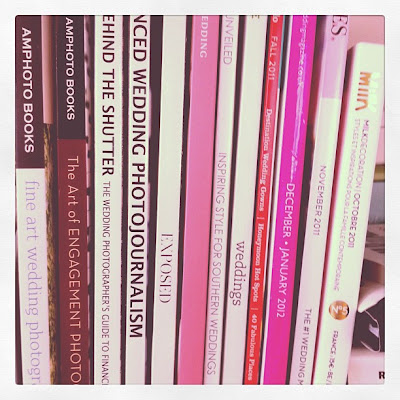 Bröllopsfotograf Stockholm Sweden. Destination Wedding Photographer. All images on this site are the copyright of Cherrie Coutts. The sale of any images is restricted to private use and cannot be copied, printed, published or distributed commercially without written permission from Cherrie Coutts. Site designed by Cherrie Coutts. Please do not take any images without permission, it's mean.|ProPhoto Photography Website